Barr serves in a wide variety of advisory roles. He is a trustee of the Kresge Foundation, and serves on the Bill and Melinda Gates Foundation FinTech Advisory Council, the FDIC Advisory Committee on Economic Inclusion, ideas42's Scientific Advisory Board, the Research Advisory Board for the Washington Center for Equitable Growth, and as an advisor to NYCA Partners, SentiLink, CLINC, Savi, and Global ID Framework, among others.

Professor Barr was on leave during 2009 and 2010, serving in President Barack H. Obama’s Administration as the U.S. Department of the Treasury’s assistant secretary for financial institutions, and was a key architect of the Dodd-Frank Wall Street Reform and Consumer Protection Act of 2010. Prior to his Senate confirmation, Barr served on the National Economic Council in the White House. Professor Barr previously served in the Administration of William J. Clinton as Treasury Secretary Robert E. Rubin’s special assistant, as deputy assistant secretary of the Treasury, as special adviser to President William J. Clinton, and as a special adviser and counselor on the policy planning staff at the U.S. Department of State.

Barr served as a law clerk to U.S. Supreme Court Justice David H. Souter during October Term 1993, and previously to the Hon. Pierre N. Leval, then of the Southern District of New York. 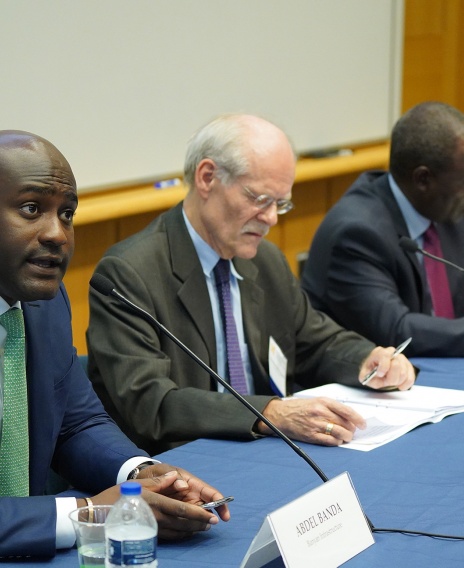 Central banks play important roles in monetary policy, financial sector supervision, and payment systems. Central bank policies can play critical roles in whether the financial system advances financial inclusion. As technology continues to change the financial sector, however, there may be new ways in which these institutions undertake this work using financial technology ("fintech"). This also raises the question of whether central banks are well positioned to promote a more inclusive economy–or whether the role of the central bank should be revisited. Simultaneously, the 2018 World Inequality Report finds that global income and wealth inequality is growing. In partnership with the Bill and Melinda Gates Foundation, this project explores the mandate and design of central banks to consider whether they might play an even stronger role in promoting financial inclusion, financial health, and a more inclusive economy. More broadly, it creates a vision for what the "central bank of the future" might look like and focuses in particular on how emerging technology could support central banks in their efforts to promote financial inclusion, growth, and development.