Barclays has been fined, the British have issued their report, and now the market is anxious for everything to go on as usual with the London Interbank Offer Rate (“LIBOR”). I think that would be a serious mistake. The U.S. and British investigations into rate-fixing by Barclays revealed a widespread culture of pervasive, deceitful conduct in the setting of the most important private sector benchmark for over $300 trillion in derivative contracts and $10 trillion in adjustable-rate loans. It is highly unlikely that Barclays was the only major bank engaging in this conduct, and public investigations and private lawsuits against a range of participants in LIBOR rate-setting are likely to reveal further misconduct in the months ahead. The basic structure for the setting of LIBOR is fundamentally flawed. It permits banks with obvious conflicts of interest to skew the LIBOR rate in order to benefit their own firm. Barclays, for example, was alleged to have attempted to manipulate LIBOR to benefit its traders and to hide its growing costs of borrowing in the financial crisis. The LIBOR structure also facilitates collusion among the rate-setting banks, in violation of the antitrust laws. Barclays, for example, was alleged to have attempted to manipulate LIBOR in collusion with other firms to benefit particular trades over a number of years. Both public antitrust investigations and a range of private lawsuits are likely to be pursued with vigor in the coming months. The collusion and manipulation were alleged to have occurred during both quiescent markets and turbulent ones. That is, the attempted manipulation of LIBOR was apparently not confined to one extraordinary “once-in-a-lifetime” financial crisis, when extreme market pressures might have lured firms to engage in this unlawful conduct, but rather was ingrained in the regular setting of rates. As it currently stands, LIBOR is not a market interest rate. It provides the illusion of market rates that are relied upon by everyone from sophisticated derivative traders to ordinary mortgage borrowers, but the rate itself is pure fiction. Banks submit a rate at which they supposedly could borrow, but there’s no requirement that the rates submitted be based on actual transactions. As Mervyn King, Governor of the Bank of England put it, LIBOR represents “the rate at which banks do not lend to each other.” 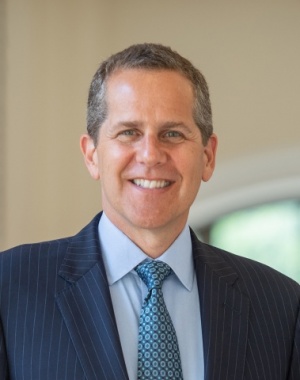 Project Overview: The Market Manipulation Project represents a multidisciplinary effort to modernize enforcement mechanisms against manipulative trading activity in large capital markets. There are two components to this project: (1)...