Professor Jeffery Zhang from Michigan Law will be speaking at our February blue bag lunch talk on Wednesday, February 1 at 12pm. The talk will be virtual on Zoom. Please register here by January 31.

Much ado about debt?

With sovereign debt soaring, the issues of "how much debt is too much debt" and "what to do about it'' are likely to move once again from the technocratic realm of "quiet politics" into the electoral realm of "loud politics." Join Charlotte Cavaille, Assistant Professor at Ford School of Public Policy, as we discuss implications for future research, including the need to shift to elite-centric research designs. 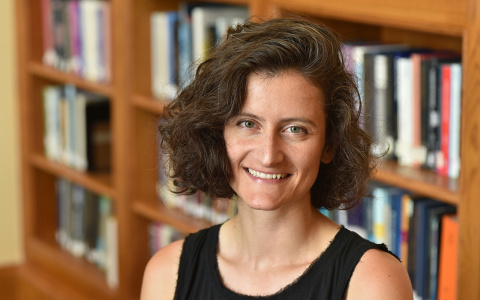 Bringing the gig economy to healthcare: What telehealth means for mental health therapists

Helping across generations and impacts on retirement and retirement planning

Kristin Seefeldt will speak about helping across generations and impacts on retirement and retirement planning.

Board dynamics over the startup life cycle

Professor Nadya Malenko discusses her research regarding venture capital backed firms, which face neither the regulatory requirements nor a major separation of ownership and control of their public peers.

Professor Jerry Davis discusses the need for a new set of tools to understand and tame the new sources of economic power.

Professor James R. Hines Jr. will discuss the most sensible way to pay for the federal government, noting that the answer lies largely in higher tax rates, not in the many popularly-discussed alternatives.

Professor Gabriel Rauterberg explores how the public/private divide in U.S. securities markets interact and questions whether the current structure is socially optimal.

Professor Nejat Seyhun will discuss a new paper on "insider giving," as a potent substitute for insider trading due to lax reporting requirements and legal restrictions.

The myth of the "millionaire mindset": Experimental evidence from Filipino entrepreneurs

Professor Dean Yang will discuss the recent paper, “Aspirations and Financial Decisions: Experimental Evidence from the Philippines” and the myth of the “millionaire mindset.”

Banking on a Revolution

Professor Terri Friedline's book, Banking on a Revolution, makes a compelling case for a revolutionized financial system that centers the needs, experiences, and perspectives of those it has historically excluded, marginalized, and exploited.

Sustainability scrutiny in the financial markets

Professor Adriaens' research explores the impact of water risk – as a proxy for climate impact - on corporate share price premiums and financial performance of global indexes, and the impact of green investment intent and corporate ESG disclosure on bond yield spread (relative to 10-year treasury notes).

The macroeconomics of COVID-19

Professor Linda Tesar will review some recent evidence on the impact of  COVID-19 on economic activity in the US and abroad and will discuss some of the ways that macroeconomists have begun to model the "COVID shock" and its economic effects.

In this talk Associate Dean Shaefer will chart the journey of recent calls to expand the child tax credit and the rising popularity of the child allowance among poverty scholars, in Congress, and in the Biden Administration.

In cooperative property rights systems, workers jointly own and manage production, whereas in outside-ownership systems, an owner contracts workers.

Online technologies are increasingly hailed as enablers of entrepreneurship and income generation.

More than a decade after the 2008 financial crisis, U.S. policymakers still have not adequately addressed one of the primary causes of the crash: foreign banks.

TBA
Due to COVID-19, this event has been canceled. 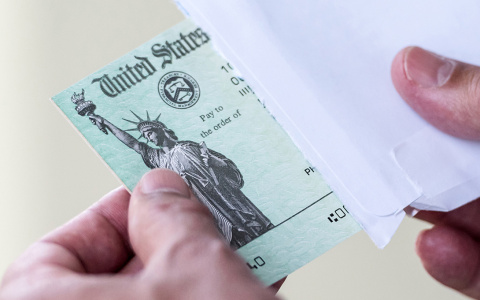 Contradictions of the work ethic: Shareholder capitalism and the capital share of income

TBA
Join CFLP for our second Blue Bag Lunch Talk of Winter 2020! Professor Elizabeth Anderson will lead our discussion on "Contradictions of the Work Ethic: Shareholder Capitalism and the Capital Share of Income."

Corporate criminal law is too broad—Worse, it's too narrow

Digital redlining in the fintech marketplace: Evidence from U.S. zipcodes

Room 1025 Jeffries Hall
The Saving for Education, Entrepreneurship and Downpayment (SEED) initiative began in 2003 to test asset-building accounts for children and youth with the goal of providing strategic and practical lessons in how to create an inclusive CSA system. At the SEED impact assessment site in Michigan (MI-SEED), 500 Head Start families were offered Michigan 529 Educational Savings plans. The accounts were opened with an initial contribution of $800 from program funding and a possible $200 match from the State of Michigan. Any subsequent savings by the family were matched 1:1 up to $1200. Another set of similar Head Start families made up a comparison group that was not offered accounts. Most of the participating pre-school children are now old enough to graduate from high school and actually use the accounts to fund post-secondary education. This presentation will offer preliminary longitudinal data on accounts, standardized test scores, and other educational outcomes over time.

Room 1025 Jeffries Hall
We will not be holding an October Blue Bag Lunch Talk. Please join us November 7 for a talk by Professor Trina Shanks. 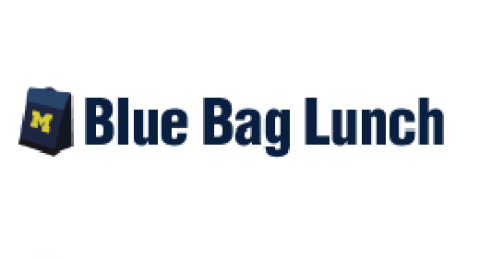 Room 1025 Jeffries Hall
Sixty years ago, Congress established a federal pre-approval regime for bank mergers to protect consumers from then-unprecedented consolidation in the banking sector. This process worked well for several decades, but it has since atrophied, producing numerous “too big to fail” banks. Professor Kress's research contends that regulators’ current approach to evaluating bank merger proposals is poorly suited for modern financial markets. Policymakers and scholars have traditionally focused on a single issue: whether a bank merger would reduce competition. Over the past two decades, however, changes in bank regulation and market structure—including the repeal of interstate banking restrictions and the emergence of nonbank financial service providers—have rendered bank antitrust analysis largely obsolete. As a result, regulators have rubber stamped recent bank mergers, despite evidence that such deals could harm consumers and destabilize financial markets.  Professor Kress's research asserts that contemporary bank merger analysis should instead emphasize statutory factors that regulators have long neglected: whether a proposed merger would increase systemic risks, enhance the public welfare, and strengthen the relevant institutions. Professor Kress's research urges regulators to modernize their approach, and it proposes a novel framework to ensure that bank merger oversight safeguards the financial system. The proposals contained herein have far-reaching implications not only for bank regulation but also for the ongoing debate over merger policy in technology, agriculture, and other industries.

The rise of whistleblower bounties to prevent and deter corporate wrongdoing

Jeffries Hall 0220
Many statutes now permit bounties for whistleblowers who provide enforcement relevant information to the authorities.  The growth in such bounties has been quite rapid in recent years generating substantial scholarly, policy and practical interest.  However, much of the scholarship does not address a critical feature of corporate liability in the US – there is considerable uncertainty about both the scope and definition of wrongdoing. This talk examines the effects of this uncertainty on the desirable structure and incidence of bounty regimes.  Some key findings are that the greater this uncertainty the harder it will be to gather information about wrongdoing both within a firm and more generally because individuals will likely be reluctant to share information that might be relevant to enforcement. This has numerous effects. First, as gathering and sharing of information becomes more difficult it will become harder to deter and prevent wrongdoing, which in part depends on gathering and sharing information.  Second, weaker gathering and sharing of information within the firm will hamper the ability of employees to work together cohesively. This not only worsens firm performance (which has its own costs), but also is likely to increase wrongdoing because poor firm performance is a key predicator of corporate wrongdoing. The analysis thus counsels caution in extending whistleblower bounties to areas where the underlying law is uncertain, provides insights on how one might design a bounty system in light of this uncertainty (e.g., differentiating between internal and external whistleblowers, varying bounties by firm size), and lays out certain steps that might be taken to ameliorate some of the identified effects of uncertainty.

Jeffries Hall Room 0220
Local government fiscal health is typically assessed using objective financial indicators, but little is understood about how local officials subjectively understand their own fiscal health. We compare self-assessment data from the Michigan Public Policy Survey with financial data on Michigan local governments to explore the extent to which self-assessments align with conventional financial indicators. Qualitative results reveal that local officials emphasize long-term spending pressures (e.g. roads, infrastructure) and external factors, such as uncertainty around property values and state aid (i.e. revenue sharing) payments, when assessing their fiscal health. Quantitative results provide some corroborating evidence, but in general, conventional indicators are not powerful predictors of self-assessments, especially for high-stress governments. We believe that part of the disparity is that financial indicators do a poor job of capturing what local officials say they are most worried about. We suggest that self-assessments may be a useful supplement to conventional measures in capturing “true” fiscal health.